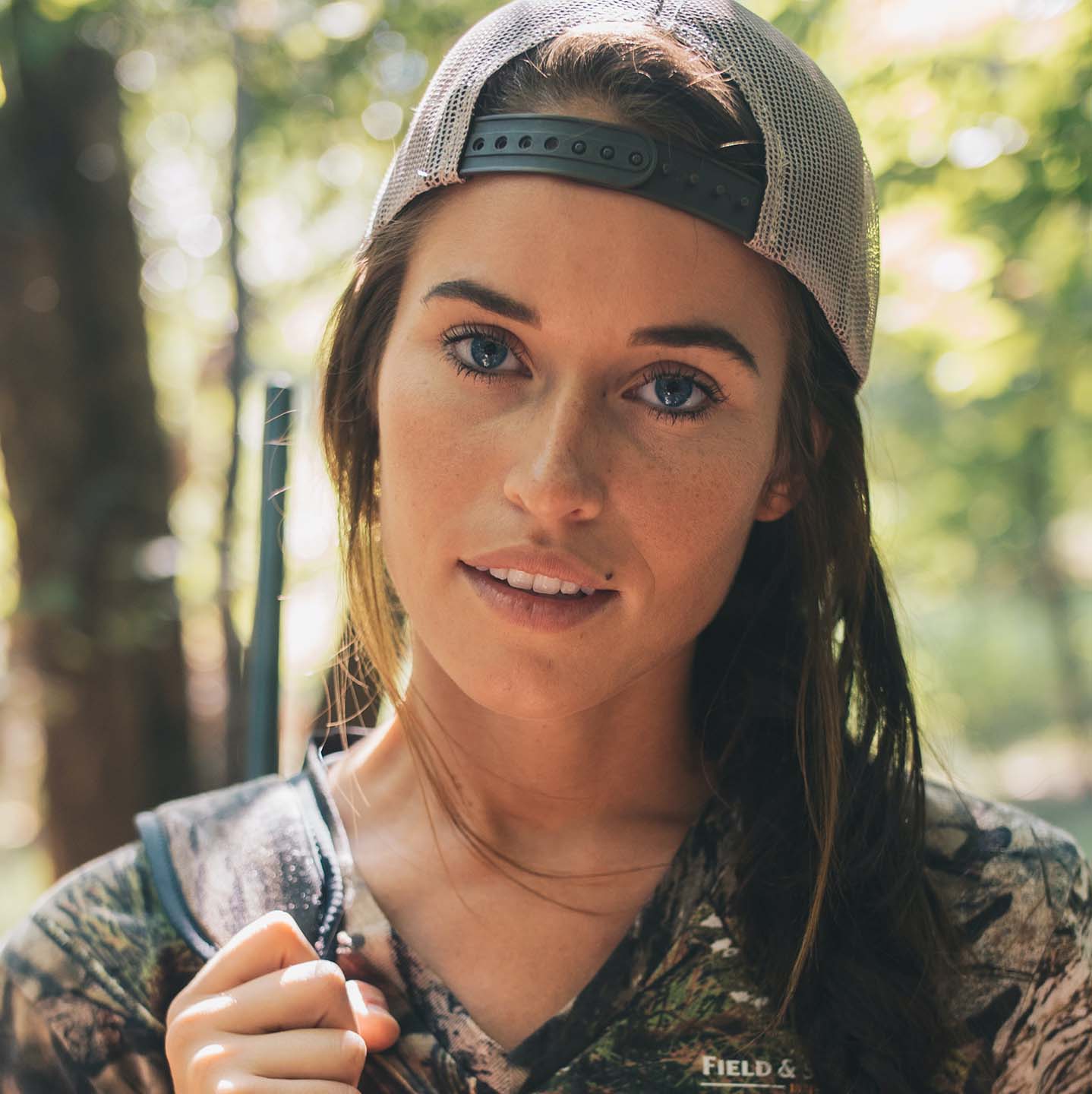 Let’s be honest — most gun owners want to get their partners and friends into guns. Whatever the reason, you want to get your girl into guns. Not only will you have some fun competition at the range, but you’ll also have greater peace of mind knowing your loved ones are able to protect themselves.

Many gun owners would love to see their girlfriends or wives plinking at the range. Unfortunately, yours may not be too eager to trigger a small explosion inches from her face. This can be especially true if she’s never been around guns before or if she had a bad first experience with a .44 Magnum that put her on her butt.

Which sucks, because you want to enjoy trips to the range with your wife at your side for some one-on-one time. More importantly, you keep guns in the home, and you want your lady to know how to use them in an emergency situation.

My boyfriend is one of these people and he got me shooting on our first date. Here’s how he kept me going to the range with him.

1. Get Her Started With a Low Caliber Rifle

Despite growing up around hunters, I didn’t shoot a gun until I was 25. On our first date, my now-boyfriend and I met for brunch, and then we went to his house to shoot.

One of the most important parts of the process is this first step: Starting with a low caliber gun. The first gun I shot was a Ruger 10/22 chambered in 22 LR. We set it up on a picnic table in the backyard and planted some steel targets roughly 50 yards ahead.

The .22lr is quiet and low-recoil. As long as you show your lady how to hold the rifle properly, there’s no way she’ll hurt her shoulder shooting this gun. Just about anyone of any size can handle a .22lr, which makes it a great caliber for a first firearm.

While I recommend a small caliber rifle to start with, a firearm with no recoil may create false expectations later on. While staying true to the 22LR cartridge, a semi-automatic may end up as a better training tool than a revolver, while still being very manageable.

I shot a friend’s 8 shot 22lr revolver. It sounded and felt like a cap gun going off in my hand. When I switched to a 9mm semi-automatic, the recoil difference really caught me off-guard. It may be better to save a zero-recoil gun to be a pleasant surprise after your lady has already grown accustomed to handling recoil, as most firearms have at least some.

Before ever pulling a trigger, everyone should know the basic safety rules about how to handle firearms. Be sure to cover these safety protocols before your lady takes aim:

This is continued by checking them before they are cleaned and before they are handled. There have been times that my boyfriend has checked a gun 7 times and it had never been loaded in between. But it never hurts to make a habit out of safety.

Even though I have since fired multiple rifles and handguns — a .22 long rifle/pistol, an AR-15, a Remington 700 chambered in .308, a Taurus .9mm pistol, as well as their .380 pistol– I never shoot a new gun without first watching someone else shoot it. I know that if the gun has a decent amount of recoil when my boyfriend shoots it, the recoil is going to be even worse for me.

Ironically, I’m also pretty sensitive to loud noises. (Though this has been mostly mitigated by our new earmuffs.) So I like to know what to expect before I take a shot.

This is especially important the first time your lady fires a gun. Show her step-by-step how to load the magazine, load the gun, rack it, hold it against your shoulder, look through the scope, and pull the trigger. Feel free to break these into smaller, bite-size lessons so you don’t overwhelm her. Keeping things easy and fun will keep her coming back for more.

4. Set Up Targets Nearby

Though of course your targets shouldn’t be set up too close, they shouldn’t be too far either. Depending on whether you use paper or steel targets, this range may vary. While you shouldn’t compromise your safety, you also don’t want to make the distance or size of your targets too challenging for a first-time shooter.

Consider placing your targets no farther than 100 yards away. Supersonic 22LR drops in accuracy after this point. You want your lady to be able to hit the targets her first time shooting. This is a key part of the fun and will encourage her to keep shooting with you.

Steel targets offer instant feedback to the shooter and are incredibly satisfying to hear. Just be sure to follow the manufacturer’s recommended safe distances, as shooting steel can be dangerous if done incorrectly.

Many of us are motivated by words of encouragement and offering some to your lady while she’s shooting for the first time will likely go a long way in maintaining her interest in firearms.

I’d been somewhat interested for years, but I always thought I would shoot a gun once and be done with it. Never pick one up again. Instead, I’ve probably fired more rounds in a single year than the average American police officer.

A big part of my continued interest is because of the encouragement and praise I get from my boyfriend. Offer some praise when she hits the targets. If you love having your lady at your side while you’re at the range, let her know.

No one is a marksman right out of the gate, nor will they become one without guided instruction, but balancing constructive feedback with genuine encouragement can be key to keeping your lady interested in your favorite hobby.

The mistake some male partners make is handing their lady a gun she isn’t ready for. Search through YouTube and you’re sure to find a video of a guy pushing his girlfriend to shoot a gun that makes her nervous. Don’t be this guy. Fire the guns first, and if she shows interest, load a single bullet for her.

While she may want to shoot your AR-15 or your .308 someday, don’t pressure her to do so before she’s ready. Let her get comfortable with smaller rifles and work her way up at her own pace. Pushing her to shoot when she’s not ready or interested will only make her more disinterested.

During your lady’s first time shooting, you definitely shouldn’t pressure her to try a gun that even you have difficulty handling.

7. Use the Right Tools

Ear protection is essential while shooting, so make sure you have a pair of effective, comfortable headphones for your lady to wear.

We use Walker Digital Earmuffs for our range time. He was at the bench looking through the scope and talking into the wind. With digital hearing protection, sound is actually amplified better than without them while still providing a good bit of noise mitigation for higher caliber rifles. We recommend these earmuffs if you want to continue communicating with your range partner at a normal volume while also protecting your hearing.

You may also want to set up a table and chairs that your lady can use to fire from. Not everyone likes lying prone, and rifles get heavy fast, so ask your lady what she would prefer.

Bring pairs of safety glasses for both of you so you can also protect your eyes while shooting. These can even be found for people with prescription lenses.

Follow these steps and your partner for life may also become your lifelong range partner. 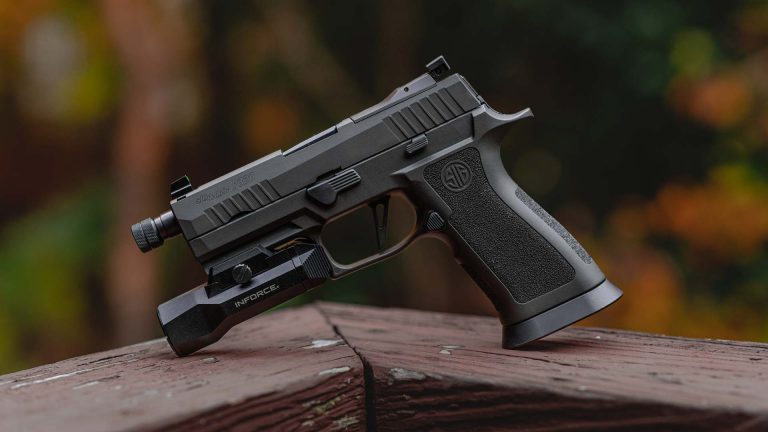 A breakdown on the super popular hunting and target shooting platform. 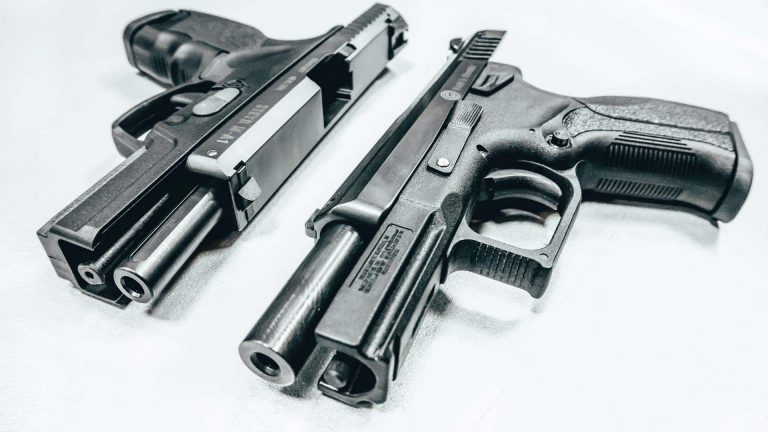 All said and done, buying your first pistol and getting your concealed carry permit in New York State can easily take six months and cost over $1,000. New York is…